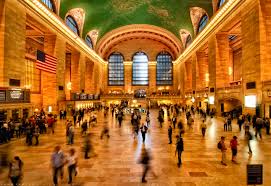 It looks like this week is train week.  So, let’s talk about trains.

I have the luxury of commuting with the Metropolitan Transportation Authority (MTA), using their Metro North railways to get in and out of New York City for my lovely day job.

There are several lines which come into the city, and each one is representative of the area it serves.  There are the Hudson, the Harlem, and the New Haven lines.  The trains range from poorest condition to richest condition in the order which they were listed.  Probably has something to do with who rides on those trains.  But that’s most likely my personal interpretation of the train cars/seats.  (But I’ll be damned if you don’t think the New Haven line has the best seats.  I will fight you on this.)

Within the past few months or so, the MTA rolled out their “Quiet Car” program.  At first I thought this was quite silly.  Most of my experience has involved people trying to be as quiet and as courteous as possible to the other passengers.  Most people have their phones as low as possible (unless they forgot that day), and usually nobody talks.  Especially in the morning.  We’re all too dead to talk to each other, or even on the phone.  So this “program” seemed silly to me.  After all, we share this space, why make your fellow passengers boil with seething rage and want to make them murder you?

Until that day.  That one day, when I found out WHY such cars need to exist.  In fact, I believe, those cars should be the whole train.  But this… man? Boy? Human who has no concern for his safety?  Decided to get on the train.  But he didn’t just get on the train, oh no.  He was on his phone.  But he wasn’t on his phone.  We were all on his phone.  You see, he had his phone on speaker. And he was screaming in the direction that his phone was, so that we could all not only hear what his friend was saying, but also so that we ALL could hear, VERY CLEARLY, what he was saying to his friend.  This… person… did not seem to understand that his life was in danger.  Or perhaps he did.  Because as soon as he lost service he walked away to another car, maybe toward the exits.  I’m not sure, but I am glad he left before I could be a witness to an execution.

The second interesting thing about the train cars, is that there is no consistency with the temperature.  They are either too hot, or too cold.  There is no comfortable zone.  And it all depends on which season it is.  I have noticed that in the winter time, the cars will either be warm-ish or freezing.  No, there is no fixing it.  However, in the summer time, there is slightly hot, and glued to the seats.  I prefer slightly hot, because I tend to wear dresses and don’t enjoy taking the seat with me as I exit the train, but unfortunately that is not something which can be controlled.  So, we deal with it.  Because it’s only a short amount of time.

Speaking of time, what do you do on the train to pass your time?  Do you sleep? And aren’t you afraid of missing your stop if you do?  Do you read? Do puzzles? Text? Arts & crafts?  Talk loudly into your phone with the speaker on so the rest of the train can hear you?  Personally, I like to nap.  Sometimes do puzzles or knit/crochet.  But napping can’t be helped with me.  The lulling sound of the trains wheels is so damn comforting.

I wonder these days.  Why are the trains this way?  Can’t we have good ventilation and temperature control?  Can’t we have peace and quiet throughout the train?  It’s the 21st century, and we are all civilized humans!  Can’t we handle this like adults?

The answer is no.  Because somebody had to ruin it for the rest of us.  And this is why we can’t have nice things.

Quirkily yours,
The Quirky Digest